Blog & News Bill of Rights – Our CEO: “Scotland must act to protect the Human Rights Act” 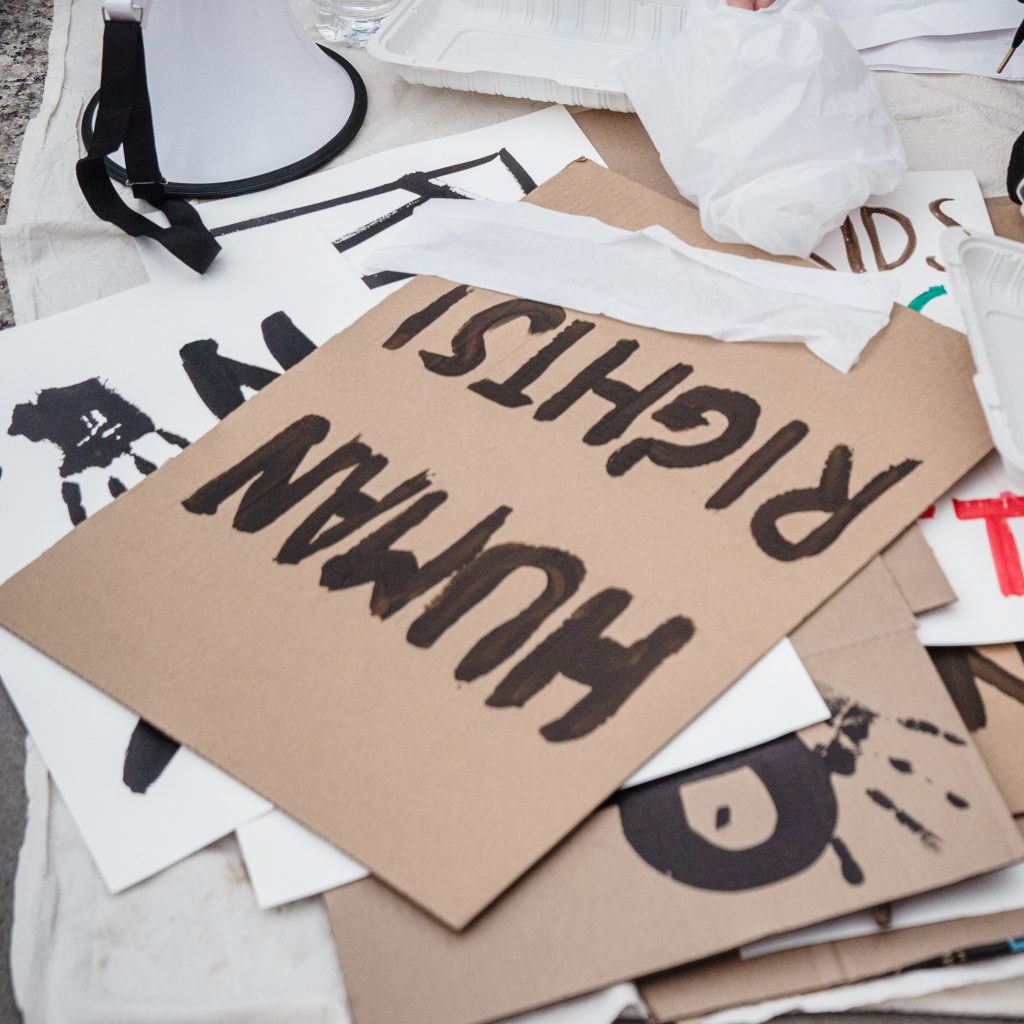 JustRight Scotland has been campaigning non-stop to protect the Human Rights Act since the announcement of new UK Government ‘Bill of Rights.’

We publicly explained why we believe that the Human Rights Act Reform is “unnecessary, regressive and divisive”, we submitted our response to the UK Government consultation and we acted on several fronts by submitting a joint response with other organisations across Scotland and UK.

Together with Amnesty, the Human Rights Consortium Scotland and the Children and Young People’s Commissioner, we have written to the Scottish Parliament asking them to hold a formal Inquiry on the impact of the UK Government’s Bill of Rights on devolution and people’s rights in the context of devolution.

You can read our letter by clicking here.

At JustRight Scotland, we believe that the Human Rights Act safeguards the rights of every single person in the United Kingdom, including in Scotland.

Today, our Chief Executive Officer Emma Hutton has published a comment piece on the Herald to explain why Scotland must act to protect Human Rights across our country.

Read her full contribution below.

Last week, communities around Scotland celebrated the contributions made by new Scots to mark Refugee Week. And yet on Wednesday we all woke to the news that the UK Government was publishing a new Bill to repeal the Human Rights Act. If this Bill becomes law, it will strip rights from people from refugee and migrant backgrounds. And it will significantly dilute legal protections for everyone’s rights, whoever we are and whatever our background.

At JustRight Scotland, we use the law to defend and extend people’s rights and work in partnership with like-minded organisations who share our vision of a fairer and more equal Scotland. Our human rights lawyers and caseworkers work with hundreds of people each year including women affected by abuse and violence, children caught up in the asylum and immigration system, people forced into destitution, child and adult survivors of trafficking and exploitation, and disabled people who’ve experienced discrimination.

Our clients already face too many hurdles when it comes to accessing justice. We fear the UK Government’s new Bill – branded a Rights Removal Bill by campaigners around the country – will put power in the hands of politicians and tie the hands of courts. It will put justice further out of reach for ordinary people.

The Human Rights Act came into force in 2000. For over 20 years it has helped people in Scotland when their rights have been breached. Our work with people affected by trafficking and exploitation relies on Article 4, the prohibition of slavery and forced labour. Our work with children with irregular migration status often engages Article 8, the right to family life. And in our work with women affected by gender-based violence, we rely on Article 2, which establishes a state duty to protect people at risk of violence.

Individual cases taken under the Human Rights Act have led to improvements in policies and practices for others. The Act was used in successful legal challenges to the “bedroom tax” by disabled people. The right to a fair trial has led to improved employer disciplinary hearing processes. The right to vote has led to campaigning for more voter booths that are accessible to people who use a wheelchair.

The Human Rights Act has been reviewed several times in the last ten years. Each time, the pile of evidence has grown, showing how this crucial law benefits all of us. But with the new Bill being pushed through the Westminster Parliament at a rapid pace, it seems the UK Government is unwilling to listen. So, what next?

At JustRight Scotland, we have joined with other leading rights organisations to call on the Scottish Parliament to hold an urgent inquiry into the impact the Bill would have in Scotland. MSPs are important guarantors of human rights in Scotland. We hope they will act.

We will also be appealing to Scotland’s MPs to listen to and act on the evidence from our own work, the voices and experiences of our clients, and the many others who use and rely on strong human rights laws to access justice in an unequal world.