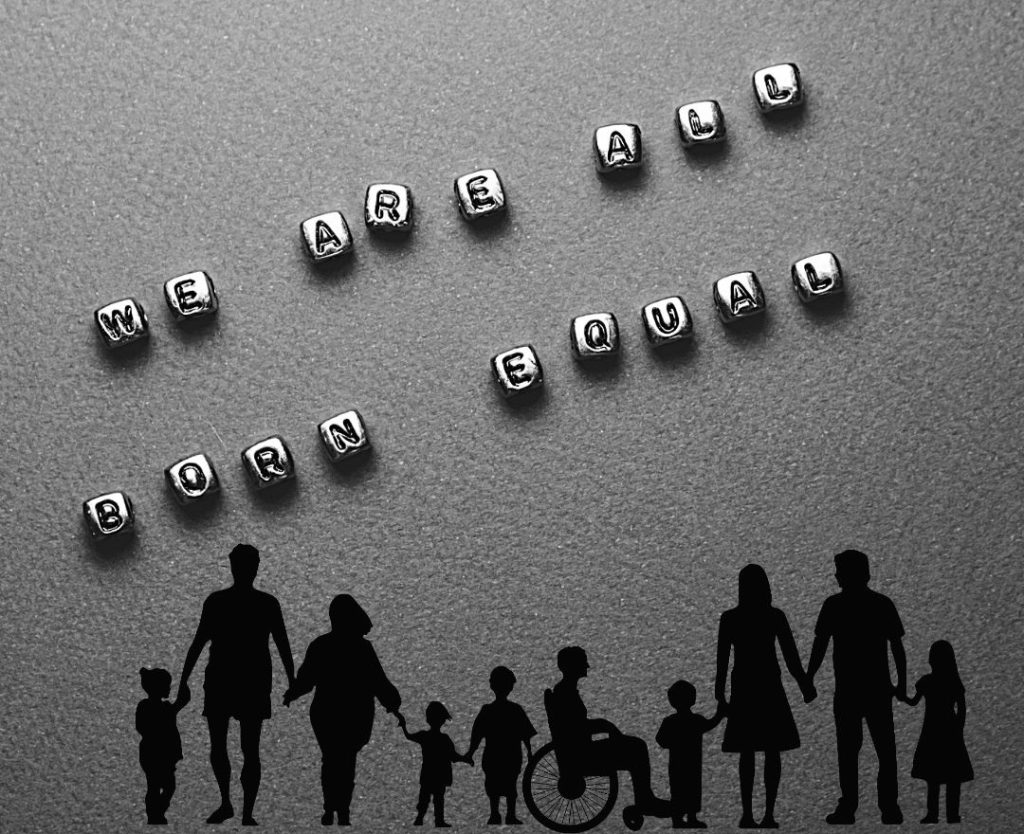 We have been working – together with other Scottish civil society and legal organisations, to explain the reasons why the reform of the Human Rights Act is “unnecessary, regressive and divisive” and today we have submitted our response to the UK Government consultation.

As a human rights organisation, we have acted on several fronts.
We have jointly submitted a response with the Human Rights Consortium Scotland which supported by over 45 Scottish civil society organisations. Our migrant advisory panel, Just Citizens have had their say on the impact of these reforms for migrants who have made Scotland their home.
We have also led a joint response on behalf of the Scottish Association of Law Centres.

At JustRight Scotland, we believe that the Human Rights Act safeguards the rights of every single person in the United Kingdom, including in Scotland.

As the current proposal makes clear, the UK Government plans to

We believe these proposals will also impact significantly on areas of devolved competence in Scotland, Wales and Northern Ireland.

The consultation’s context
The UK Government proposal is not bound by any independent commission. Indeed, there is a divergence between the report produced by the Independent Human Rights Act Review (IHRAR) and its recommendations, and the government proposals.

The government established the IHRAR in December 2020 in order to examine the framework of the HRA. The IHRAR Report concluded in December 2021 that the implementation of the HRA in the UK had been a success, and recommended few changes to our current legal framework. Instead of considering the IHRAR Report’s recommendations, the UK Government proposed a replacement of the HRA with a new ‘Bill of Rights,’ also announced in December 2021.
At the same time, the UK Parliament’s Joint Committee on Human Rights launched its own inquiry into the government’s review of the Act in January 2021. The Joint Committee published its report in July 2021, highlighting that there was “no case for changing the Human Rights Act”.

Bringing in new and radical proposals in this way means that there had been less than three months to respond to this consultation. Additionally, this consultation – since its publication, has not been fully accessible to the wider public. This is not only due to the use of legal jargon, but also to the delay in publishing an ‘Easy Read’ version of the document for people who require this accessible format.
For those who require an ‘Easy Read’ or audio version, a last-minute extension has been granted by the UK Government, but we note this has only been agreed after considerable pressure from disabled people’s organisations and wider civil society – and believe that this is not how a public consultation on a topic as significant as human rights should have been conducted.

Impact of the ‘Bill of Rights’ in Scotland
If adopted, the proposed changes are bound to have a significant and detrimental impact on administrative, criminal and constitutional law, and the rule of law more broadly.
We believe that the drop in legal cases brought against the UK Government to the European Court of Human Rights since 2004, means that the HRA has been successful in embedding human rights into domestic law in the UK. Further, the HRA is embedded in the legal framework of devolved authorities and reform of the HRA will have a significant and complex impact in each of these authorities.

It is clear from this document that the UK Government has not presented detailed evidence on how it proposes to make this work in Scotland, Wales and Northern Ireland. Devolved governments in Wales and Scotland have each issued strongly worded statements outlining the concerns about the UK Government’s proposals.

There are clear concerns that with these proposals the UK Government is trying to redefine their responsibilities to us all and reducing ways to hold them accountable and seek justice. Of equal importance, the HRA is also vital to all the people working in public services: it is the HRA that helps them make human rights real. Radical, unnecessary changes to the HRA will result in their jobs being inherently harder and the law even more complex to navigate.

Based on the proposals contained in this consultation, we think that replacing the HRA with a new ‘Bill of Rights’ would fundamentally reduce everyone’s access to their human rights, and this would particularly impact people who are most at risk of rights breaches.
This includes people who we at JustRight Scotland represent on a daily basis: survivors of gender based violence; migrants, refugees and asylum seekers; care experienced children and young people; survivors of trafficking and exploitation; disabled people and all those with protected characteristics.

These changes will further reduce access to justice for all, and for this reason, we oppose the reforms set out in this consultation.