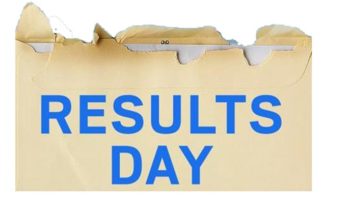 Thanks to our JustRight intern, Niamh Grahame, for writing this blog.

Starting university can be a stressful time for any young person. This stress is often amplified for migrant young people in Scotland. Contrary to popular belief, migrants (including asylum seekers) are not barred from accessing UK universities. The key issue is whether these young people can be considered “home” students and thus qualify for funding from the Student Award Agency Scotland (SAAS). For most migrants the inability to access student finance effectively blocks their access further and higher education. Unfortunately there are a number of misconceptions surrounding the funding eligibility criteria which results in significant numbers of migrants being wrongly refused funding. JustRight Scotland’s Refugee and Migrant Centre regularly encounters such injustices and aims with this blog to bust two of the key myths relating to migrant young people and SAAS.

The Old Position
Prior to 2015, in order to access student finance a young person had to have been resident in the UK for the three years prior to the start of the academic year and they needed to have “settled” immigration status. Settled status means that the individual has the right to reside in the UK and is not subject to any immigration controls i.e. the individual has indefinite leave to remain (ILR). The consequence of this was that anyone who was residing in the UK irregularly or who had limited or discretionary leave to remain were not eligible for SAAS funding. There was no provision for exceptional cases which led to the important change in the law that stemmed from the Tigere case.

The Tigere Case
Beaurish Tigere was a 20 year old Zambian national who arrived in the UK in 2001 when she was just 6 years old. She completed the majority of her primary education and the entirety of her secondary education in York. However, her mother had overstayed her visa which meant that Beaurish was unlawfully present in the UK until 2012 when she regularised her immigration status by applying for discretionary leave to remain (DLR). As a result of this, she was not eligible to apply for ILR until 2018. Beaurish wanted to go to university and had been offered places but she was unable to accept any of these offers as she was not eligible for a student loan.

The legal question was whether the settlement criterion breached Beaurish’s right to education (Article 2 Protocol 1 European Convention on Human Rights) in conjunction with her right not to be discriminated against as a result of her immigration status (under Article 14 European Convention on Human Rights). The case made it to the Supreme Court where Lady Hale gave the leading judgement in favour of Tigere. She stated that:

‘The reality is, even though she does not have ILR, her established private life here means that she cannot be removed from the UK unless she commits a serious criminal offence and she will almost inevitably secure ILR in due course. She is just as closely connected and integrated into the UK society as her settled peers.’ (paragraph 35)

The third-party intervention of Just for Kids Law was crucial. They worked with the young people leading the Let Us Learn campaign to provide evidence of a number of other young people who were being prevented from entering higher education. Following this judgment the “long residence” test was introduced in England and people like Beaurish now qualify for student finance.

As noted above, the legislation in England found to be unlawful by Lady Hale was almost directly reflected in Scotland (Schedule 1 of the Education (Student Loans for Tuition Fees) (Scotland) Regulations 2006). However, the Scottish Regulations did not change with the English ones. In order to comply with the Tigere judgment these Regulations had to be reformed to incorporate the “long residence” test. Our solicitor Andy Sirel represented several young people who were due to lose out and negotiated the change in law with the Scottish Government. The new eligibility criteria for SAAS funding is contained in Regulation 5 of The Education (Fees and Student Support) (Miscellaneous Amendments) (Scotland) Regulations 2017. This states that, along with being resident for the three years prior to the start of the academic year, a person is eligible for student finance if they any meet one of the following three conditions:

Therefore, it is not the case that you have to be “settled” in the UK to get SAAS.

No recourse to public funds (NRPF) is a condition that is imposed on an individual due to their immigration status. If an individual has a residence permit with the NRPF condition this means that they are unable to claim most benefits, tax credits or housing assistance paid by the state. “Public Funds” is an exhaustive list contained in paragraph 6 of the Immigration Rules and includes a range of benefits intended for people with a low income.

Educational Funding and “Public Funds”
Lots of people believe that having NRPF means that a person is not eligible for SAAS and our experience tells us that many universities and colleges refuse funding on this basis. However there is no direct correlation between the two. Educational funding does not fall under the statutory definition of Public Funds. Consequently, having NRPF does not in itself mean that an individual cannot receive funding for their further or higher education.