“Hello, can I please see your photo ID and proof of address, please?”

This question was posed to participants upon arriving at the workshop ‘Access to Health and Social Care for people with No Recourse to Public Funds (NRPF)” at the Scottish Inclusion Health and Homelessness Conference 2019, held in Edinburgh. 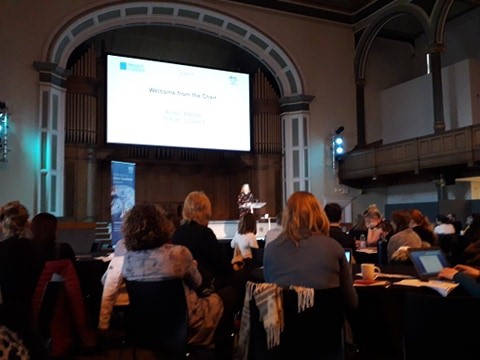 The workshop was led by Dr Katie Hawkins, a GP from the Edinburgh Access Practice and Jen Ang, a human rights lawyer from JustRight Scotland. On entering the workshop, participants were asked to present ID and a proof of address. Those who couldn’t were asked wait outside. This exercise simulated the experience of many individuals who attempt to register with a GP in Scotland, with participants reporting that they “started worrying,” “felt embarrassed, like they had done something wrong,” or “felt like having a rant”.

“Participants reported that they felt embarrassed, like they had done something wrong.”

The impact of identification checks like these on those with No Recourse to Public Funds (‘NRPF’) has been noted by the organisation Docs Not Cops: 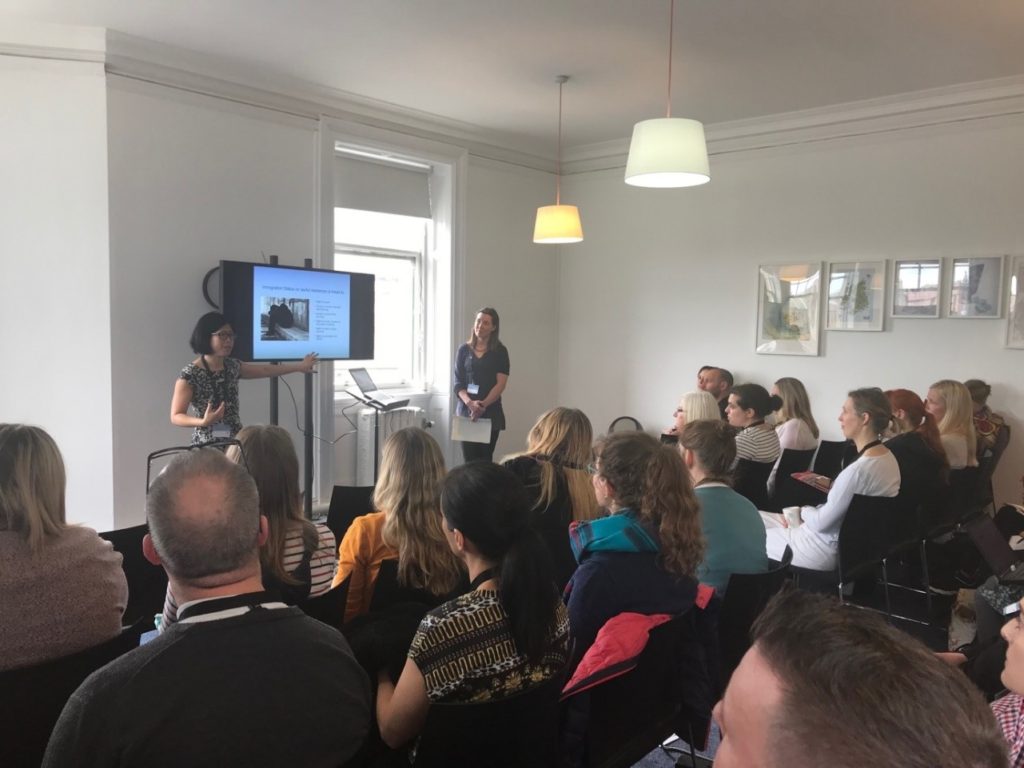 “… a woman was treated in an ‘inhumane’ way as a result of these eligibility checks. The racialised outcomes have been clear. A hospital has apologised for asking pregnant women if they are ‘economic migrants’. … Refugee pregnant women who are entitled to care have been too scared to attend ante-natal appointments, thousands of eligible patients including cancer sufferers have been wrongly denied NHS treatment because of they have been perceived to be ‘foreign’.”

As further highlighted by Jen during the workshop, identification checks as a condition to access key services lay a foundation of mistrust, leading to the risk that individuals may hesitate to seek help there again. 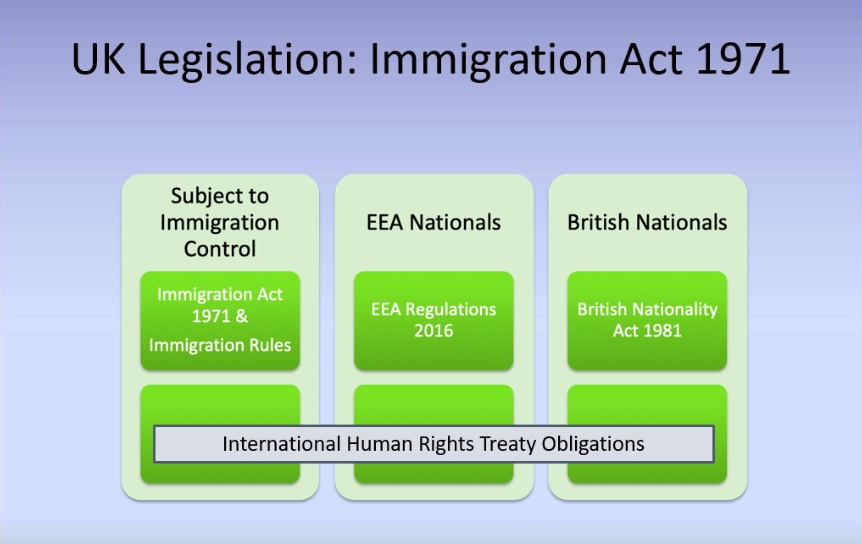 The workshop offered a brief overview of immigration law principles; it covered the origins of current regulations, and of NRPF status, with a focus on strategies to support those individuals. Jen explained that Section 1 of the Immigration Act 1971 starts with the assumption that everyone in the UK is subject to immigration control and. your right to live in the UK must be affirmatively proven with documentation. There are two exceptions to this rule: British citizens, who have the right of abode, and EEA citizens who are exercising their right to freedom of movement under EU law. After Brexit, EU freedom of movement law will no longer apply in the UK, so most EEA citizens will, in future, also be subject to immigration control in the same way as those arriving from outside the EU. 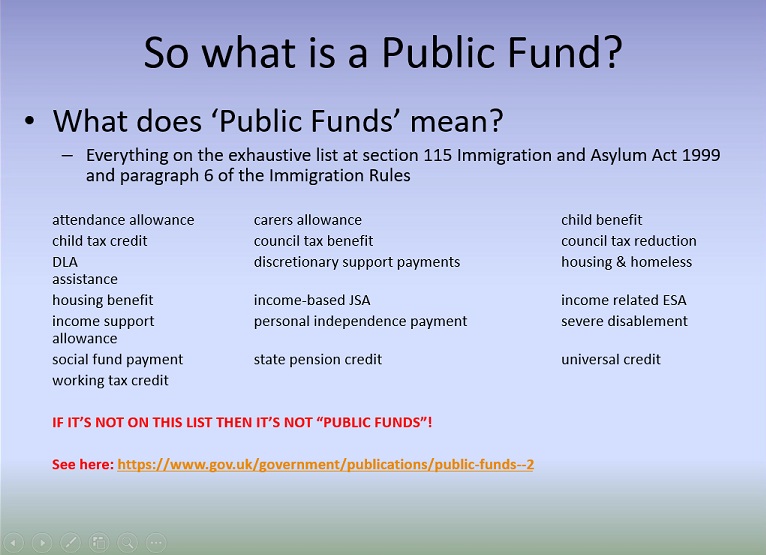 NRPF means ‘no recourse to public funds’; it is an immigration condition that restricts access to certain social security benefits and social housing, which applies to people without lawful permission to live in the UK, but can be also imposed on some people who do have lawful permission. The Immigration and Asylum Act 1999 contains an exhaustive list of what is considered a public fund. Notable exclusions from the list include primary and secondary education, healthcare and legal aid, meaning these services should be accessible to every individual in the country, regardless of their immigration status.

The legal challenges presented by NRPF status were also discussed. In Scotland, being unlawfully resident or having NRPF status should not legally preclude a child from accessing primary healthcare and primary or secondary education. As such, if GP practices prevent children and families from accessing primary healthcare because they are unable to provide documentation, they are withholding rights guaranteed by the Scots law to all children.

Similarly, the current Home Office “hostile environment” policy has increased the number of individuals with insecure status and created further barriers preventing access to other types of social welfare support. For example, those who have submitted an application for lawful residence to the Home Office, must often wait several months, even years, for a decision. As a result, they are unable to work or claim certain social welfare benefits or social housing and become “destitute by operation of law”. Although they remain eligible for local authority assistance, many NRPF individuals who become homeless and destitute reach a state of acute crisis before they successfully access local authority support. 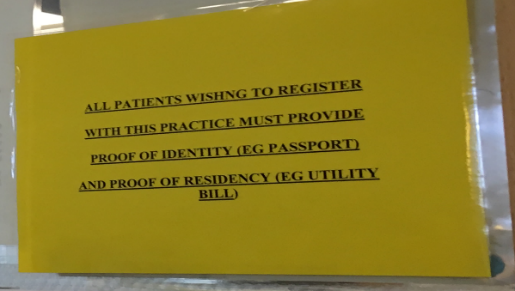 It was reiterated that individuals who register with a GP practice are not legally required to show photo ID or a proof of address. However, this direction sits in guidance rather than legislation, and signs stating that patients must provide documentation are regularly found on GP noticeboards. Katie also mentioned that the standard Scottish GP registration form implies that photo ID needs to be ‘seen’. Explanations for this include a fear of health tourism, and an attempt by practices to control growing numbers of patients

This often has a greater impact on vulnerable groups, including homeless and migrant communities. Migrants may not have ID for good reasons. For example, documents may have been lost or stolen on their journey to the UK, or sent to the Home Office as part of an application for asylum or lawful residence. 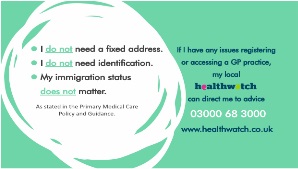 Katie argues for a more multi-faceted service, pushing for surgeries to work more closely with prisons, social workers, lawyers and the third sector in order to expedite referrals and access to these services. Potential strategies to increase awareness of rights in this area included the dissemination of leaflets from the Faculty for Homeless and Inclusion Health’ and My Right to Healthcare cards and guidelines, An updated form would also make accessing healthcare easier for those of NRPF status.

The workshop introduced new COSLA Guidance to Local Authorities on Migrants’ Rights and Entitlements in Scotland, which includes a chapter on access to NHS treatment in Scotland.

The guidance states that many NHS services are provided free of charge to people in Scotland regardless of their nationality or immigration status. Free services include access to prescriptions, A&E (until the individual is accepted as an in-patient), and GP services. An asylum seeker will be entitled to NHS treatment in Scotland, even if their claim is unsuccessful. Asylum seekers who are granted Refugee Status or another form of leave to remain will continue to be exempt from NHS charges on the same basis as a person who is ordinarily resident in Scotland.

As the workshop was brought to a close, some organisations lobbying for changes in this area were highlighted:

Doctors of the World and Safe Surgeries: The Safe Surgeries initiative is committed to tackling the challenges faced by many migrants in accessing healthcare, ensuring that lack of ID or proof of address, immigration status or language barriers to patient registration. They provide free training to NHS staff and resources and posters for surgeries to make those with NRPF status feel welcome.

A campaigning coalition of NHS professionals and patients, this group is working to challenge NHS policy in England which requires an ID check to access secondary, non-emergency care, which has left many seeking treatment only when their illness becomes an emergency. They believe that access to healthcare is not a privilege, but a right that should be available to all.

Docs Not Cops events have been organised in Glasgow and Edinburgh for 2019, and if you are interested in supporting Docs Not Cops Glasgow, you can get in touch here. 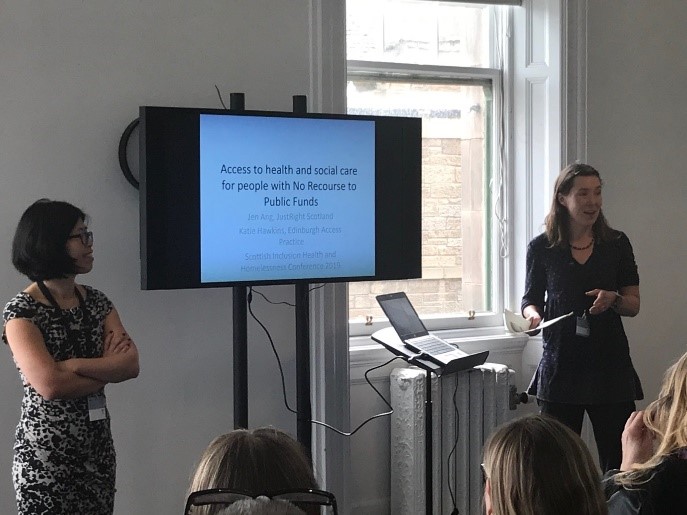 Finally, Jen and Katie shared their thoughts for the future. They emphasised that there is long journey ahead, with many dead ends, but encouraged us to value the power of stories from individual patients. They reminded us that there is strength in collaboration, and that, along with a pro-active response from the Scottish Government, change is possible.