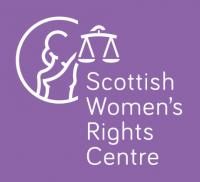 Civil Cases for Rape are Access to Justice, Not “Destruction of Justice”

The Scottish Women’s Rights Centre (SWRC) and JustRight Scotland (JRS) are deeply concerned by the publication of the article in this week’s Herald: “Stuart Waiton: Scots men are at risk of being branded ‘rapist’ for political reasons” and subsequent blog in Scottish Legal News: “Do civil rape cases mark ‘destruction of justice’?”.

While we welcome debate around the case of AR v Stephen Daniel Coxen (see full judgment here and our press release here) in which our client succeeded in establishing in civil proceedings that she was raped, there is a responsibility on lawyers and the legal community to ensure that the debate starts from an informed and accurate place. Sadly, this article and the points made within it are based on a misunderstanding of the Scottish legal system, and therefore takes us no further forward.

It heartens us to see that legal commentators have taken to social media, and that solicitors have responded to Scottish Legal News (see article the by Eamon Keane here and letter from solicitors here) to highlight their concerns around this article and seek to correct some of the errors. Some key points warrant repeating:

Civil actions are not the first choice of survivors (see letter from Sandy Brindley, CEO of Rape Crisis Scotland, to the Herald here). We believe this case highlights features of the Scottish criminal justice system which have led to the low numbers of convictions for rape and sexual assault in criminal proceedings.

This is a serious case raising important questions. Now is the time for careful consideration, informed debate and a serious response.