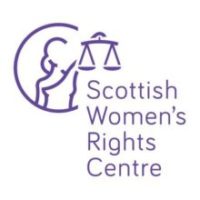 Our client has succeeded in establishing in civil proceedings that she was raped when she was a student at St Andrew’s University in 2013. She took this action because she felt let down by the criminal justice system – in which a jury returned a “not proven” verdict in December 2015 – and felt she had to pursue justice herself.

This case is significant because it is believed to be the first time in Scots law that a judgment has been issued following a full hearing in a civil case after an unsuccessful rape prosecution.

This is a landmark judgment, and testament to Ms M’s courage and tenacity in seeking justice. While this is a victory for her, she should not have had to go through the ordeal of two trials to search for some form of justice.

We are aware Ms M feels let down by the criminal justice system. This is a feeling echoed by many, many rape survivors we are working with. Unless there are radical improvements to how the Scottish criminal justice system responds to rape, we anticipate seeing more and more women turning to the civil system in a desperate search for justice.”

The Sheriff has accepted that the evidence the pursuer was raped as cogent, compelling and persuasive.

The pursuer is an extremely courageous woman. It is understandable that she found it impossible to come to terms with the verdict of the jury in the criminal proceedings. Although the findings by the Sheriff in these civil proceedings are of assistance there can be no doubt that her experience of the criminal justice system was unsatisfactory. Unfortunately, that is not as unusual as it should be. I think that everyone must strive to ensure that, so far as is possible, others in the future do not feel as let down as she did.”

We welcome this landmark judgment, and what it means for our client. We also believe this a great example of what can be achieved when lawyers work strategically with non-lawyers, to progress our collective goal of reducing barriers for women accessing justice.”

Many victim-survivors of sexual violence seek compensation not for financial gain but for the recognition of what has happened to them. In such cases the decision itself serves as a form of justice.

Even so, the impact of bringing a civil case on survivors of rape is significant, involving additional stress, cost (financial and personal) and repeated re-traumatisation.

We believe this case highlights features of the Scottish criminal justice system which have led to low numbers of convictions for rape and sexual assault – including the need for corroboration, the “not proven” verdict and the lack of standing of the complainer (the victim) in criminal proceedings.

About SWRC and JRS

The Scottish Women’s Rights Centre is a collaboration between Rape Crisis Scotland, JustRight Scotland and the University of Strathclyde Law Clinic that provides free legal information, advice and representation to women affected by violence and abuse. You can find out more about us here: www.scottishwomensrightscentre.org.uk.

JustRight Scotland is a charity founded by human rights lawyers who believe in collaborative social justice. We work with others towards common goals, empowering them to use the law as a tool for social change, to reduce inequality and challenge discrimination. You can find out more about us here: www.justrightscotland.org.uk.