Blog & News Migrant & Refugee Rights Deal or No Deal?  What EU Citizens in Scotland can do now to prepare for Brexit

Challenges for EU Citizens in Scotland: How to Prepare for Brexit? 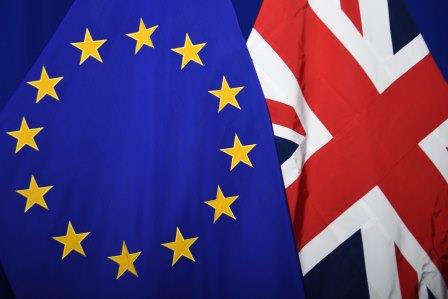 Faced with the continuing uncertainty around the Brexit settlement and the status of the Draft Withdrawal Agreement, our JustRight Scotland solicitors have delivered a number of free legal information sessions on the future rights of EU citizens in Scotland, sponsored by the European Commission and organised by the Law Centres Network.

Tuesday night, in Glasgow City Hall, JustRight Scotland Partner, Jen Ang offered guidance on how the Settled Status scheme might work, deal or no deal, and fielded Q&A from the public at a sold out event, which was also live streamed on Facebook.  Missed it?  Watch the full recording here:

The prevailing mood was captured in a follow-up BBC Good Morning Scotland story that aired Wednesday morning. One attendee, when asked how she felt after the event said:

I feel less anxious now [after the meeting], but I might feel anxious again tomorrow because it’s still uncertain. I don’t know what’s happening until March.

Concerns raised during the evening’s public Q&A ranged from uncertainty about when to apply for settled status, to questions about who might be eligible to apply, to whether you still had to apply, even if you had lived in the UK for more than 50 years.

There was also a great deal of concern expressed about how EU citizen rights will be restricted significantly if there is a no-deal Brexit.  For example, depending on whether or not an agreement can be reached in time, EU free movement could end in the UK on the 29th March 2019 (in the event of a no-deal Brexit), or be extended to at least 31st December 2020 (in the event of a deal).

How Can We Ensure EU Citizens in Scotland Secure their Rights?

What can individual EU citizens and their families do to prepare, when future rights and entitlements remain unclear?

A list of acceptable and alternative evidence can be found here.  However, this list is still being developed and UKVI has discretion to accept alternative forms of evidence, where appropriate.  Think broadly about how you will prove that you have lived here, for each of the years you have lived here, and start collecting formal evidence (such as bank statements and council tax bills) if you do not already do so.

What can charities and community groups do to support EU citizens and their families, and make sure they don’t miss out on claiming their rights?

For example: at present, individuals can only apply for settled status through an Android phone with NFC (contactless payment) technology.  Although UKVI intends to make online applications accessible by March 2019, access to the Internet or limited technical skills could be a serious barrier to individuals being able to secure their rights.  Other barriers may include: distance from towns and cities, limited English language or literacy skills and  incomplete formal evidence or specific challenges accessing evidence.

For example: community groups might wish to provide access to Android phones or a computer for making and checking applications. Booking translators through an agency can be time-consuming and costly, so organising volunteer translators can be helpful. Even physical assistance, like driving someone to a legal appointment or an information hub, could make a big difference.

Get a plan. Start fundraising to pay for support and resources. Consider whether you would like to your project to provide dedicated support in helping to advise individuals making applications, for example, by Applying for OISC Level 1 EU Settlement Scheme accreditation.  Aim to provide accessible and continuous support through the Brexit transition period, and afterwards, ideally until 30 June 2021.

Look to existing networks and pool resources. Build signposting and referral pathways, and ensure that you have access to reliable and consistent legal expertise, so that you can refer more complex cases and seek supervision and support when necessary.

For further information, and to keep up to date with changes to EU citizen rights in Scotland after Brexit:

Book a free event with a lawyer through the Law Centres Network EU Citizens Rights Project.