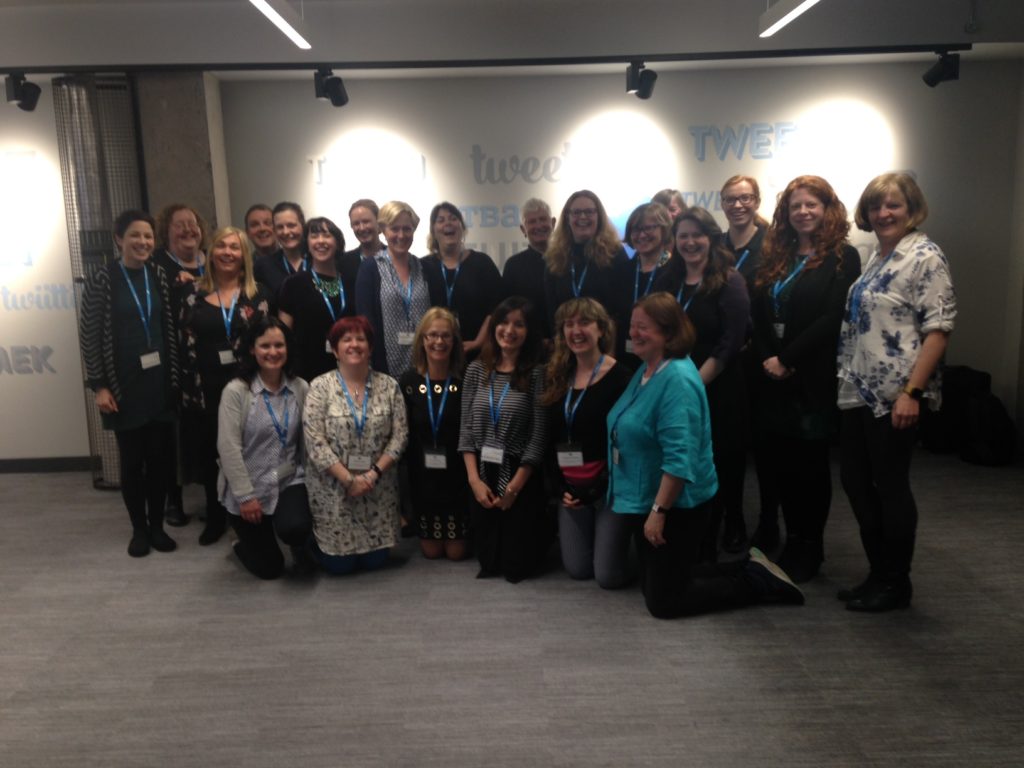 What better way to start our second week than a trip to the headquarters of Twitter Europe in Dublin? Our Board has just finalised our strategic plan and linked development and fundraising strategies. So it is just as well that over the last few months our Co-Director, Kirsty, has been funded by Unbound Philanthropy to attend a leadership course in Dublin, delivered by the wonderful Social Intelligence Associates and hosted by Twitter.

Dr. Grainne Healy (former Co-Director of Yes Equality and Chairwoman of Marriage Equality) and Denise Charlton (former CEO of Immigrant Council of Ireland and former Director of Women’s Aid) have played active roles in the leadership of many social change NGOs (gender equality, feminism, violence against women and migration) and expertly lead the 2017 Leadership Development Programme for Transition and Change.

As a result of the programme, Kirsty has been sharpening up her leadership skills in collaboration, networking, communication and social change which directly link into our values and strategic aims at JustRight Scotland. She has the privilege of attending the course with other leading figures from a variety of fields in social justice from across the UK and Ireland where strong peer networks are being forged.

On this trip, the delegates entered into honest and inspiring conversations with Sinéad McSweeney (Vice President of Public Policy and Communications for the Europe, Middle East and Africa region and Managing Director of Twitter Ireland), Lieutenant Commander Marie Gleeson from the Naval Service, and Mary Mcphail, former head of the European Women’s Lobby and previously CEO of a global NGO with a mission to empower girls and women.

Kirsty will be back in Dublin in a few weeks’ time where the focus will be on social change and the communication platforms we can use to do this. Just as well the Twitter team will be on hand to assist! It is also perfectly timed for the completion of our communication and digital strategies and where we are looking forward to Kirsty learning how to send her first tweet! If we had known the impact, we would have arranged a conversation with her and the Vice President of Public Policy and Communications at Twitter earlier!

We are also sure that her networking skills will continue to be put in practice in the local bar scene. It is Dublin after all…