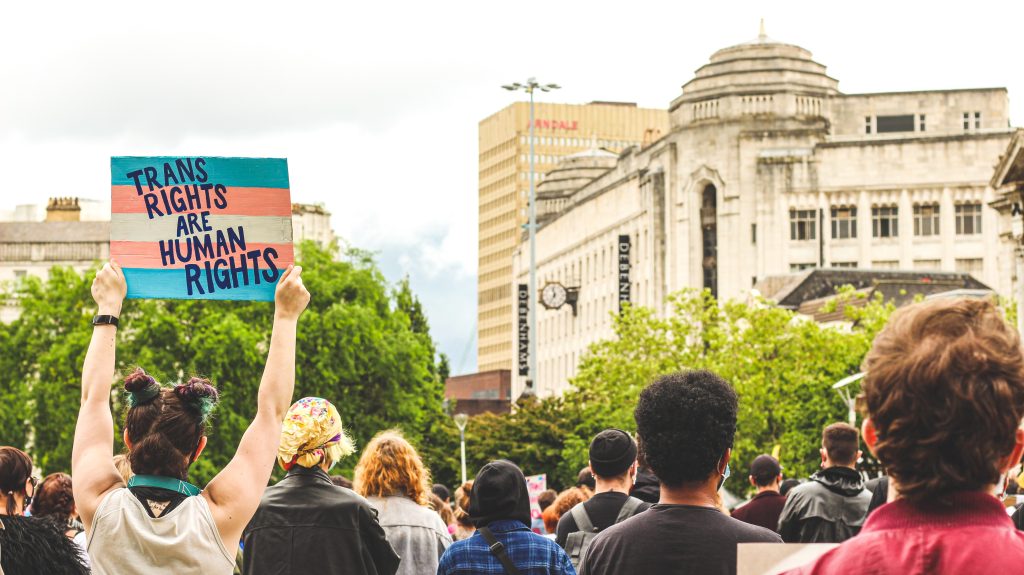 PRESS RELEASE
Equality charity says that attempt to overturn well established guidance for trans men and trans women answering the Census is ‘misguided’ and will send a message that ‘they aren’t counted equally in Scotland’.

Scottish Trans, part of LGBTI human rights charity Equality Network, have been given permission to intervene in a legal case which is seeking to overturn guidance planned for the next Scottish Census in March.
The guidance is provided for those who need it alongside the question asking “What is your sex?”, and tells trans men and trans women that they can respond with the answer that corresponds with how they live their lives, regardless of what is on their birth certificate.
This guidance was also used in 2011, and has been tested extensively over previous years, including with the wider Scottish public as well as trans people themselves. But a group called ‘Fair Play For Women’ (FPFW) want the guidance to be scrapped, because they object to the fact that it does not force trans men and trans women to answer with the sex recorded on their birth certificate.

The case is due to be heard by the Court of Session on 2nd February 2022.

Senior judges have granted Scottish Trans permission to act as third-party ‘interveners’, which means we can submit evidence to the court about why we believe scrapping the guidance would be an unnecessary setback to trans equality and inclusion.
Scottish Trans believes that if FPFW are successful, the change to the guidance they want to see would breach trans people’s human rights to dignity and privacy. Trans men and trans women who have not changed the sex on their birth certificates, but who have changed their name to one that reflects their identity, will be forced under threat of criminal penalty to disclose they are trans. We also believe that the guidance as it stands is more likely to yield accurate and comparable Census data, than will be the case with the alternative guidance that FPFW seeks to impose – data that reflects the reality of our diverse society in 2022.

Vic Valentine, Scottish Trans manager says:
“Trans men and trans women deserve the same dignity and privacy as everyone else. Why should they be forced to reveal personal details about their history or private life, before they can take part in the Census? This misguided case will send a message to trans men and trans women that they aren’t counted equally in Scotland.”
“It makes no sense to ask a trans man, who has male on his passport and driving licence, who is known as a man at work, and who uses spaces and services for men every day to tick ‘female’ on the Census just because that is what is on his birth certificate. We believe that trans men and trans women should be counted as who they are, today, just like everyone else.”
Scottish Trans is represented pro bono by the Scottish Just Law Centre, part of the human rights legal charity JustRight Scotland; Kay Springham QC is instructed as advocate (see below)

Jen Ang, Director at JustRight Scotland says:
“We are supporting Scottish Trans to intervene in this case as part of our work to ensure that people living in Scotland who will be affected by potential changes to the law have the chance to explain to our higher courts how that change might impact them. As an organisation, JustRight Scotland aims to help people participate in legal processes, where the outcome of a court decision directly affects them.”

Notes for editors
1) About the case:
Fair Play for Women is challenging the guidance published by National Records Scotland (NRS) to accompany the “sex question” on the next Scottish Census.
Our Scottish Trans legal team will argue:
i) The current guidance which permits trans men and trans women to respond to the Census in line with how they are living, whether or not they have changed the sex on their birth certificate, is lawful – because there is no single definition of sex in Scots, UK or EU law.

ii) Trans men and trans women should continue to be counted in the Census in line with how they live their lives, as this gives the most accurate picture of Scotland’s whole population

iii) If the guidance is struck down this would be a backwards step, with potential harmful consequences to trans inclusion and equality

2) About the “sex question” and the guidance:
The question will ask:
“What is your sex” with the response options “male” and “female”
The guidance states:
“If you are transgender, the answer you give can be different from what is on your birth certificate. You do not need a gender recognition certificate.”

3) About Scottish Trans
We are part of the Equality Network, and work to improve gender identity and gender reassignment equality, rights and inclusion in Scotland. We have three full time staff and provide training, advice and support to organisations, and trans people and their families: https://www.scottishtrans.org

5) About Kay Springham QC:
Kay is based at Compass Chambers, and has extensive experience in Judicial Review and Human Rights Law