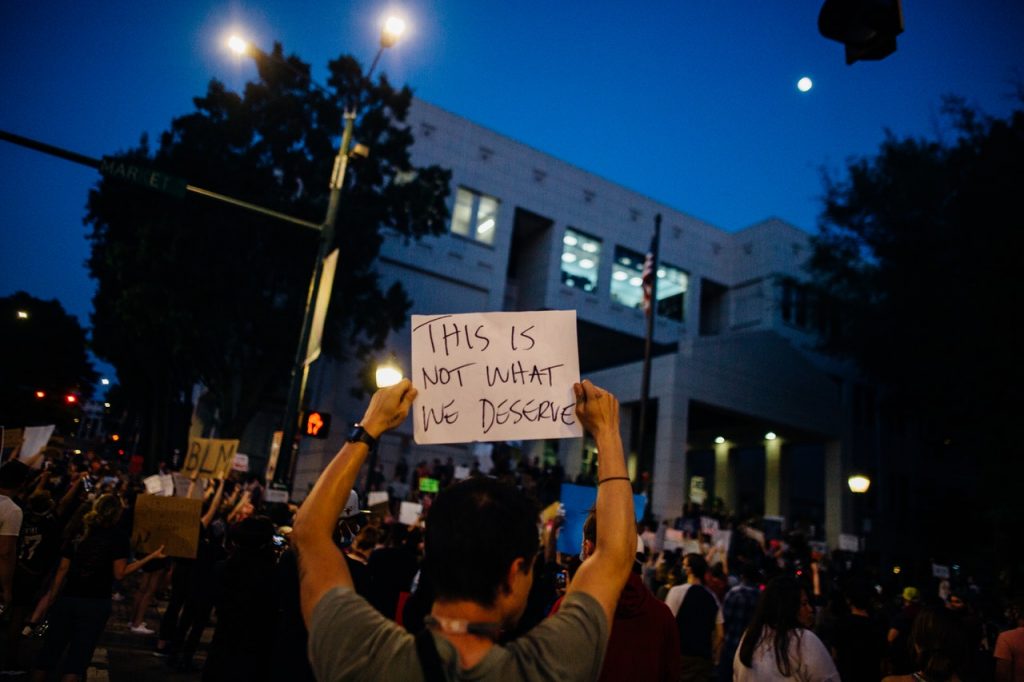 Over the last week we have seen many from across our Parliaments take a knee and tweet messages of their commitment to tackling racism, with the backdrop of disproportionate Covid-19 deaths across the Black, Asian and minority ethnic communities, hostile environment policies and the ill-advised progression of an immigration bill and EU withdrawal bill, these statements of support are hollow.

At JustRight Scotland, our work is dedicated to challenging the clear inequality that exist in our society through legal interventions, policy influencing and research, and our Just Citizens project specifically focuses on the disproportionate harm to migrants, asylum seekers and refugees. What is most important in our work, is that it is delivered and led through the lived experience of migrants, who can provide the expertise needed for inclusive, proactive and anti-racist policy making in Scotland.

These last few months have provided a series of examples of just how far away we are from the fair policy making and immigration system that migrants deserve.

At the end of May, when presenting to the UK Government’s liaison committee, Boris Johnson appeared to be surprised at the existence of “no recourse to public funds” (NRPF), a policy which has existed in some form since 1999 and has caused serious harm across the migrant community. At the committee, Boris Johnson appeared to make a commitment to review NRPF; in less than one week this was dropped. Migrants under NRPF have continued to face hardship and be excluded from the necessary support that they need, but with Covid-19 this has been exacerbated. NRPF migrants have a “choice” of returning to work and exposing themselves to significant health risks or becoming destitute. For those who become unwell or have caring responsibilities and therefore cannot work, are left without any safety net whatsoever. Attempts to sweep Boris Johnson’s commitment to review NRPF under the carpet will continue to be challenged by us and others, in the hope that this harmful policy can be binned altogether.

Last week also saw the announcement of an increase of just 26p a day in asylum support. This was announced as a generous change, despite promises of protecting asylum seekers and refugees during Covid-19, and despite the considerable efforts of campaigning organisations across the UK, asylum seekers continue to be expected to live on little more than £5 per day. In the words of Scottish Refugee Council, this is not an increase, it in an insult.

Yesterday, the Immigration (EU Withdrawal) Bill Committee began its scrutiny of the extension of current immigration rules to future migrants from across the EU, rather than extending this to more of the migrant community, these exclusionary rules should be scrapped and instead we need an immigration system which respects, values and welcomes migrants.

The immigration system as it currently stands, is holding back families from being reunited, is preventing migrants, asylum seekers from access life-saving support and protection, is pushing people into destitution, and has disproportionate consequences for those from communities of colour, in particular black communities (an example of which can be read here).

It is long overdue that we move from platitudes to real action. Covid-19 should have acted as a wakeup call. The need to “Build Back Better” is clear, and this building back needs to have those furthest away and held back from access to security, opportunity and power at the centre, with their lived experience leading the way to create a fairer system across Scotland and the rest of the UK.